Thank you so much to all of you who took the time to comment on my last post. It was very encouraging! I haven't abandoned the blog; I've just been busy with day camp at church and letting ideas percolate. I'm ready to hit you with my first hippie post! 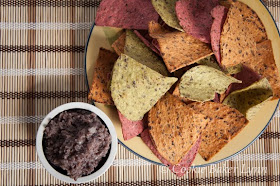 The elementary school I attended was set up in an unusual way. Outside the old stone building was the standard playground with monkey bars, tetherball poles, and four-square lines painted on the cracked blacktop. There was also a large field area with a diamond for playing kickball (or my version, trip over the ball), and a track (on which one could barf up a lung running the 600). This area was separated from the school by a very busy 4 lane street.

I'm not sure which brilliant planner thought that was a good idea, but they avoided having to scrape little kids off the street by installing a tunnel under the street. On each side of the street was an entrance with doors that could be locked, stairs that descended to a dark, dank tunnel, and stairs that led to freedom on the other side. Well, relative freedom. The misery of sports awaited on one side and the purgatory of math and spelling tests waited on the other.

The point was that the tunnel was a closed environment. And the worst thing imaginable was if a child, say one hurrying to run home on a Friday afternoon, dropped his or her milk carton in the tunnel. And it stayed there all weekend, leaking, and getting nasty. The first kids to use the tunnel on Monday morning were hit by a wave of stomach-turning putrid milk smell, and there was no escaping it. You had to hold your breath and run all the way across, hoping that no tender-tummied child added their morning bowl of Lucky Charms to the odor melange. Because if one did, they all did. And that smell would merit hazardous duty pay to the poor janitor who got to go down there to clean it up.

I've had that smell memory in my mind all these years and it was with amazement that I learned that milk doesn't necessarily go bad when it's left unrefrigerated. It's only pasteurized milk that putrifies. Raw milk, milk which hasn't been pasteurized, will sour, but it's not the same stomach-heaving smell that I associate with kick ball. 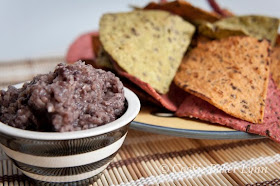 My daughter, queen of nutrition research, started telling me about raw milk and it's benefits last year. She told me about how pastuerized milk is not good for you, and convinced me to try raw milk. I was initially skeptical. Isn't pasteurization a good thing, done to protect milk drinkers? Won't drinking raw milk make me sick? After some research and a little logical thinking, I realized that people have been drinking raw milk a lot longer than pasteurization has been around. If raw milk was deadly, people would have stopped drinking milk altogether.

(Caveat - to be healthful, raw milk must come from grass-fed cows that are healthy. If you drink the milk that is destined for pasteurization before it's pasteurized, that's very risky. Much lower standards of hygiene are called for in non-raw milk dairy cows, and those cows can have antibiotics, growth hormones, or pus in their milk.)

There is friendly bacteria in raw milk which is really important for gut health, and those friendly bacteria do some amazing things. When raw milk has soured, you can leave it at room temperature and something magic happens. The milk separates into two layers, one semi-solid, and one clearish. The clearish layer is whey and it is chock-full of fabulous bacteria which can be used to lacto-ferment.

What is lacto-fermenting? Basically it is letting the friendly bacteria convert the starches and sugars in food into lactic acid. This preserves the food and makes it tremendously beneficial to your gut health, as well. I have previously lacto-fermented, even though I didn't know I was doing it. Yogurt is lacto-fermented milk!

My first attempt at lacto-fermenting with my raw milk whey was this fabulous bean dip. This is one of the times I long for the advent of scratch and sniff technology for computer monitors. Pictures of bean dip just don't adequately convey the full tangy, garlicky allure of this dip. One scoop of it on your favorite chip or veggie and you'll quickly come back for more. You'll just have to trust me and try it.

If you are not fortunate enough to live in a state where raw milk is available (don't get me started on a rant about why our government thinks that staging raids on Amish dairy farmers who sell raw milk is a priority for our tax dollars!), you can use the liquid that separates from yogurt as your fermenting agent. 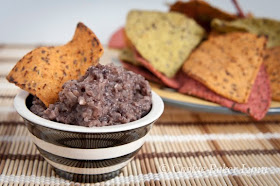 1- In a large bowl, cover beans with warm water. The water level should be well above the beans, as the beans will absorb water and swell. Stir in the whey or lemon juice, and leave in a warm place 12-24 hours.

2- Drain, rinse, place in a large pot and add water to cover the beans. Bring to a boil and skim off the foam. Reduce heat and simmer, covered, for 4-8 hours. Check occasionally and add more water as necessary. The beans are done when they will mash easily.

3- With a slotted spoon, scoop out and measure 3 cups of the beans. (Save the rest of the beans in liquid, covered, in the refrigerator and I'll tell you next post an idea on how to use them.)

5- Cover tightly with a lid and leave at room temperature for about 3 days. If your room temperature is on the coolish side, place the jar in a warm spot. I have under-cupboard lights which make an ideal warming spot inside the cupboard.

6- Check the jar daily. At first there will be no signs of activity. After 2 to 3 days, you should start to see little pockets forming in the purée. As the pockets grow, the level of the dip rises. If it starts rising dramatically, it can force liquid out of the lid, so keep an eye on it and scoop some out to another jar, if you need to. 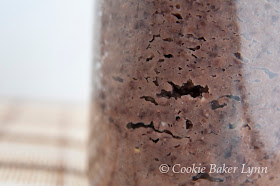 7- Once the dip has fermented, transfer it to the refrigerator or cool storage. Enjoy with your favorite chips or veggies, spread it inside a taco, or eat it by the spoonful!
Cookie baker Lynn at 7:51 AM